Liquid head pressure against a flexible elastomer diaphragm is transmitted directly to a leaf spring, which has a fixed pivot point at the upper end and an adjustable fulcrum point in the mid region of the leaf spring. For example, because 8’ of heavy liquid exerts more pressure on the diaphragm than 8’ of lighter liquid, the spring can be “stiffened” by moving the fulcrum down by the gravity adjustment knob (red), so the transmitter will still read 8’. The zero knob (green) moves the entire spring assembly and pointer, having the same effect as shifting the scale. The movement of the pointer rotates a shaft extending into the explosion proof housing where the electronic transmitter and switches are located. The shaft drives a potentiometer, thereby giving a continuous signal to the plug-in amplifier. The proportional signal is then transmitted to the remote indicating device in proportion to the liquid level which exists in the tank. 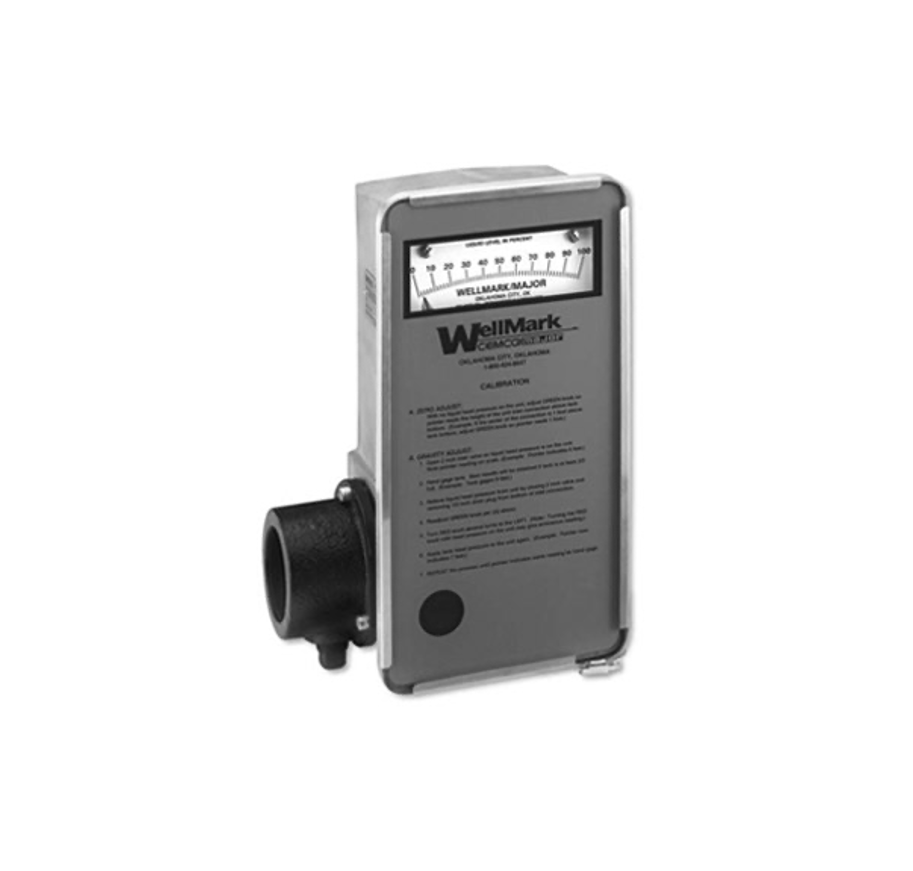