Back to Previous Who We Are Leadership 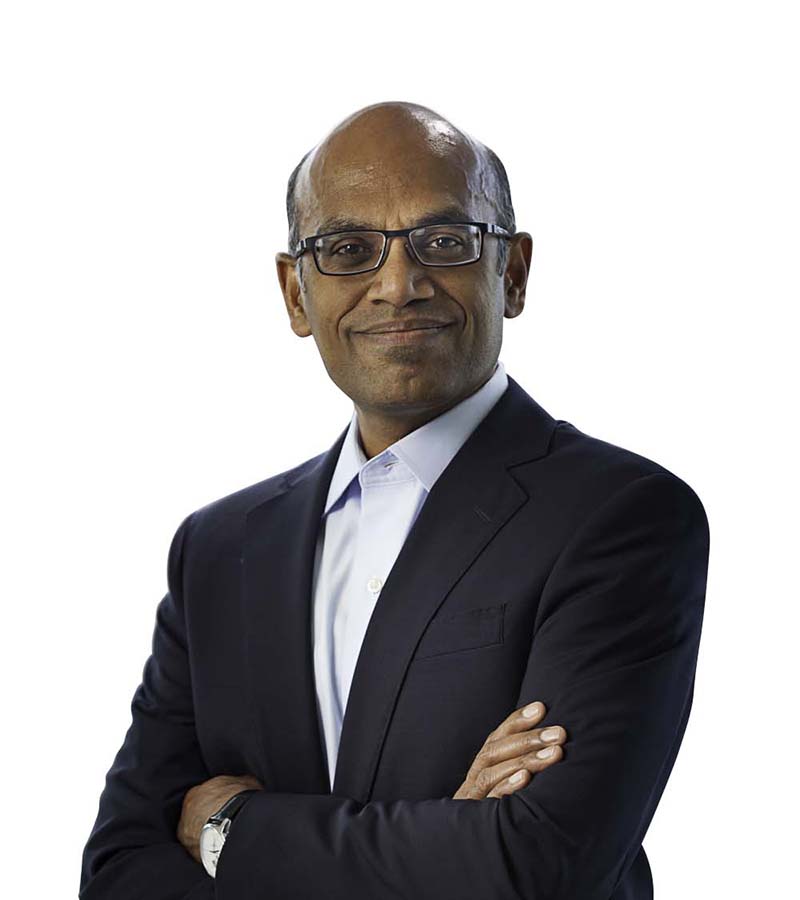 Sivasankaran “Soma” Somasundaram is president and Chief Executive Officer of ChampionX. He also sits on the Company’s Board of Directors.

Prior to Apergy’s merger with ChampionX, he was Apergy’s president and CEO as well as a member of the Board of Directors.

Previously, Ken was Executive Vice President and Chief Financial Officer of Noble Energy Inc. until its acquisition by Chevron in October 2020. Ken originally joined Noble Energy in 2009 as Senior Vice President and Chief Financial Officer. From 2016 until October 2020, he also served as Chair of the board of directors of Noble Midstream Partners.

Before joining Noble Energy, he served in a number of senior leadership roles at Shell from 2002 to 2009, including as Executive Vice President of Finance for Upstream Americas, Director of Strategy & Business Development for Royal Dutch Shell plc in The Hague; Executive Vice President of Strategy and Portfolio for Global Downstream in London and Chief Financial Officer of Shell Oil Products U.S.. Prior to joining Shell in 2002, Ken held senior finance positions within business units of General Electric Company.

Ken served on the ChampionX Board of Directors and was Chair of the Audit Committee until he became our Executive Vice President and Chief Financial Officer on February 1, 2021.  He is a graduate of the University of Notre Dame with a B.B.A. degree in business administration/finance. 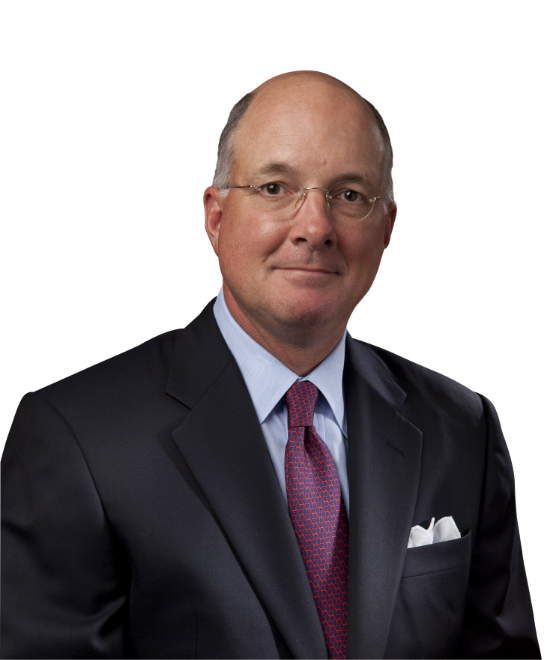 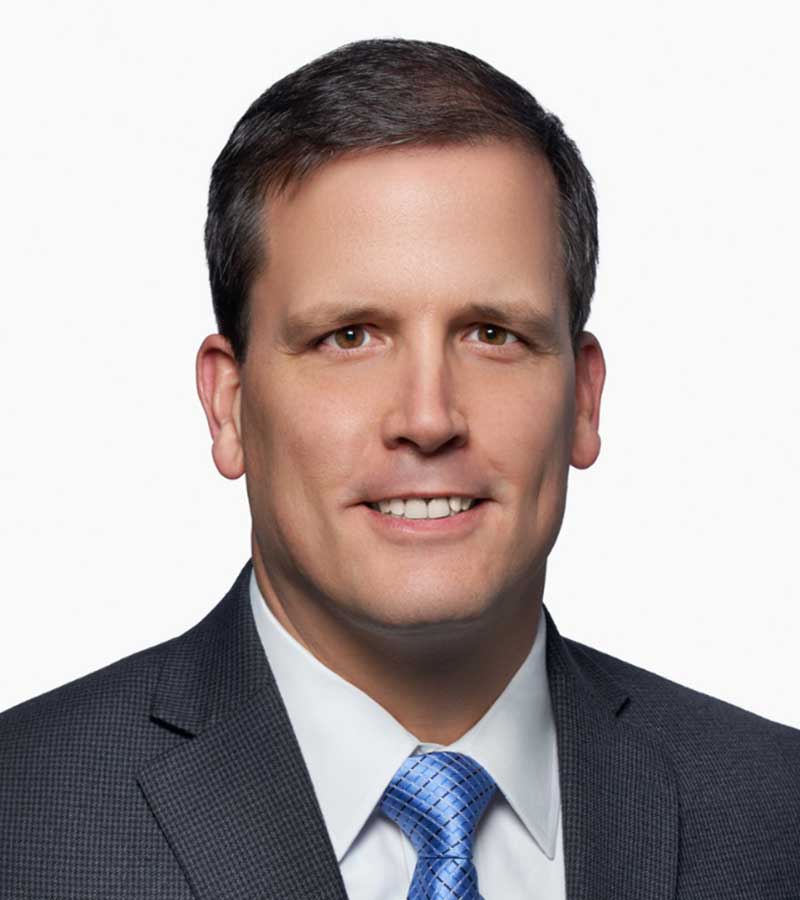 Deric Bryant is Chief Operating Officer at ChampionX. He is responsible for leading the Chemical Technologies business, the integration of Apergy and ChampionX, and achieving commercial and cost synergies for the company.

Deric was previously executive vice president and president at Nalco Champion, an Ecolab company, with global responsibility for its upstream energy business.

He began his career with the company in 1995 and held various leadership roles with Nalco Water and Nalco Champion’ s downstream and upstream energy businesses, including international assignments in both Dubai and Singapore.

Rob Galloway is president of the Drilling Technologies business at ChampionX.

He was previously president of the Drilling Technologies business at Apergy. Rob joined Apergy’s US Synthetic business in 1997. He has served in various roles, including Chief Operating Officer and operations vice president, where he led his team in an enterprise transformation that earned the Shingo Prize for operational excellence.

Prior to joining US Synthetic, Rob served in a variety of engineering roles for Baker Hughes and Hughes Christensen.

He received a bachelor’s degree in mechanical engineering from the University of Utah. 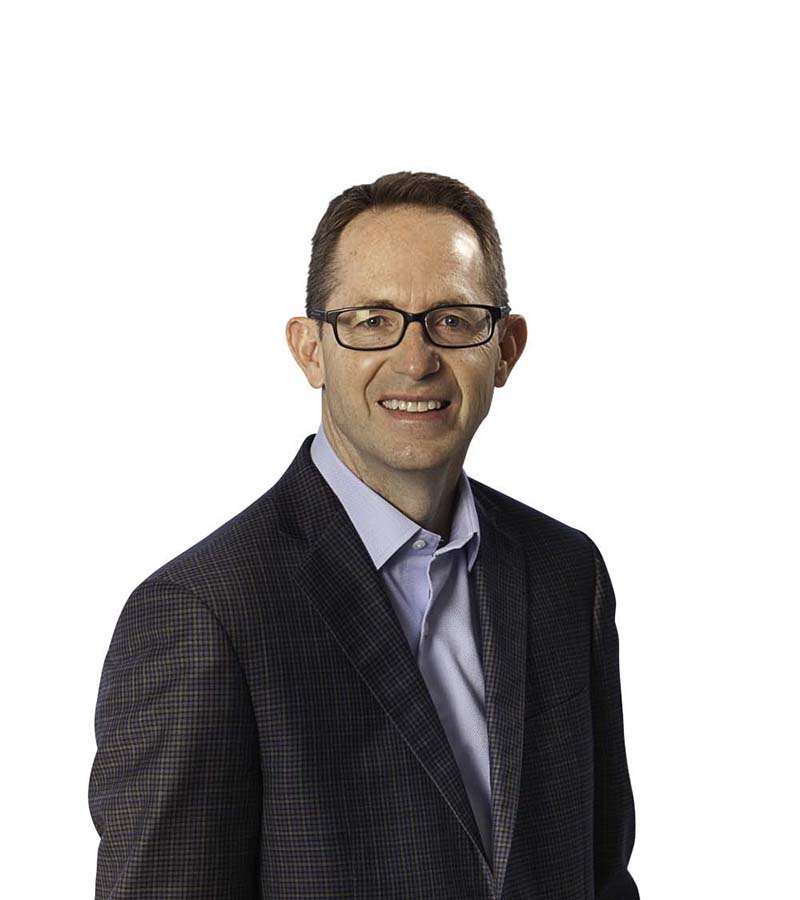 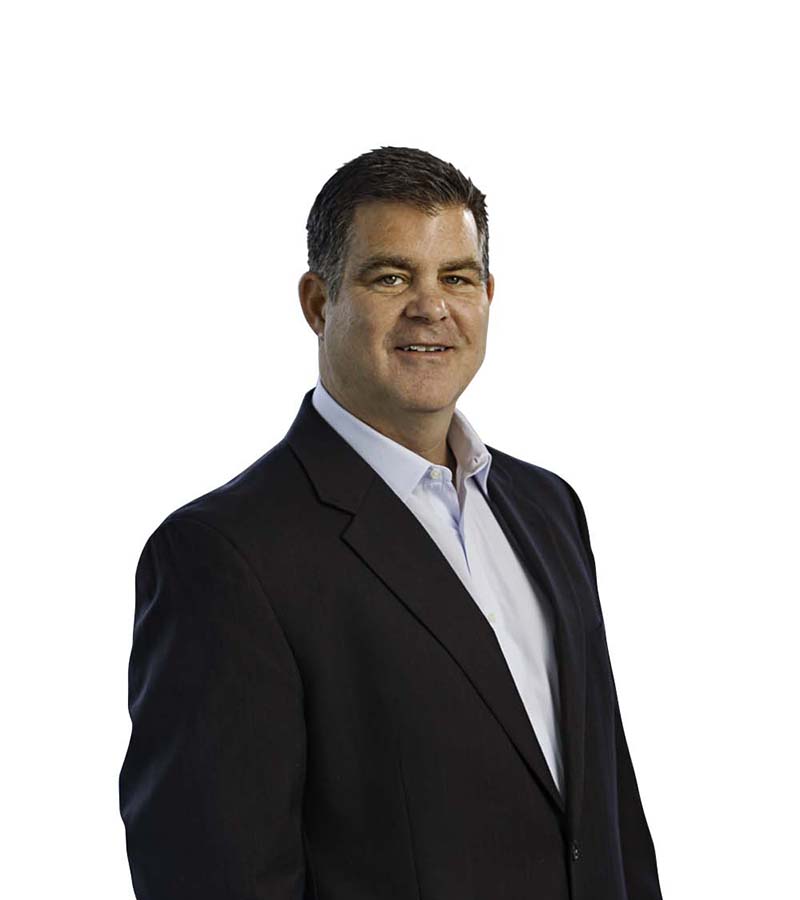 Paul Mahoney is president of the Production & Automation Technologies business at ChampionX.

Before joining Dover Energy, Paul held a variety of sales and management roles at Emerson Electric Company, including vice president and general manager of the Analyzers Group, vice president, global sales and operations for the Analytical Group, and director of sales for the process automation group.

Paul received a bachelor’s degree in electrical engineering and physics from the University of Buffalo and an MBA from Seattle University.

Ross O’Dell is president of the Oilfield and Specialty Performance segments within the Chemical Technologies business at ChampionX.

Ross joined Nalco in 1996 in downstream energy sales and later served as marketing director and general manager for the Americas region. Ross joined the upstream division of Nalco Champion as vice president with responsibility for the Capex business segment and later onshore and offshore Americas before assuming his current role.

He received a bachelor’s degree in industrial engineering from Clemson University.

Ali was previously senior vice president and Chief Digital Officer for Apergy, which he joined in 2018 after serving as president of Dover Energy Automation, a division of Dover Energy. He has 27 years of experience in oil and gas automation and business process optimization software management.

Prior to joining Dover Energy, Ali served in a variety of senior leadership roles with Honeywell Process Solutions, including vice president and general manager-advanced solutions. He also worked for AspenTech in process and supply chain optimization. Ali began his career with Caltex, a joint venture of Chevron and Texaco in Pakistan.

Juan Alvarado chairs the HSE Council for the organization and is vice president for the Safety, Health, Environment & Quality function for Chemical Technologies at ChampionX. In this role, Juan helps drive the world-class safety culture and performance across the organization and stewardship of the environment and quality management systems for our Chemical Technologies buisness.

Juan received a bachelor’s degree in environmental science and chemistry from the University of Houston. 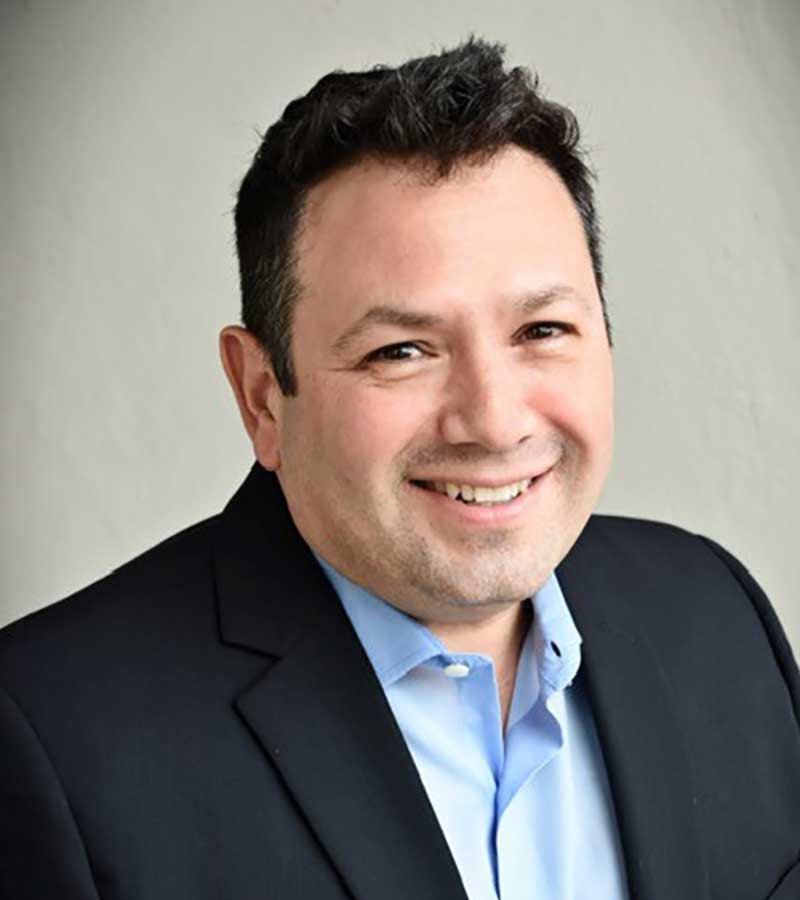 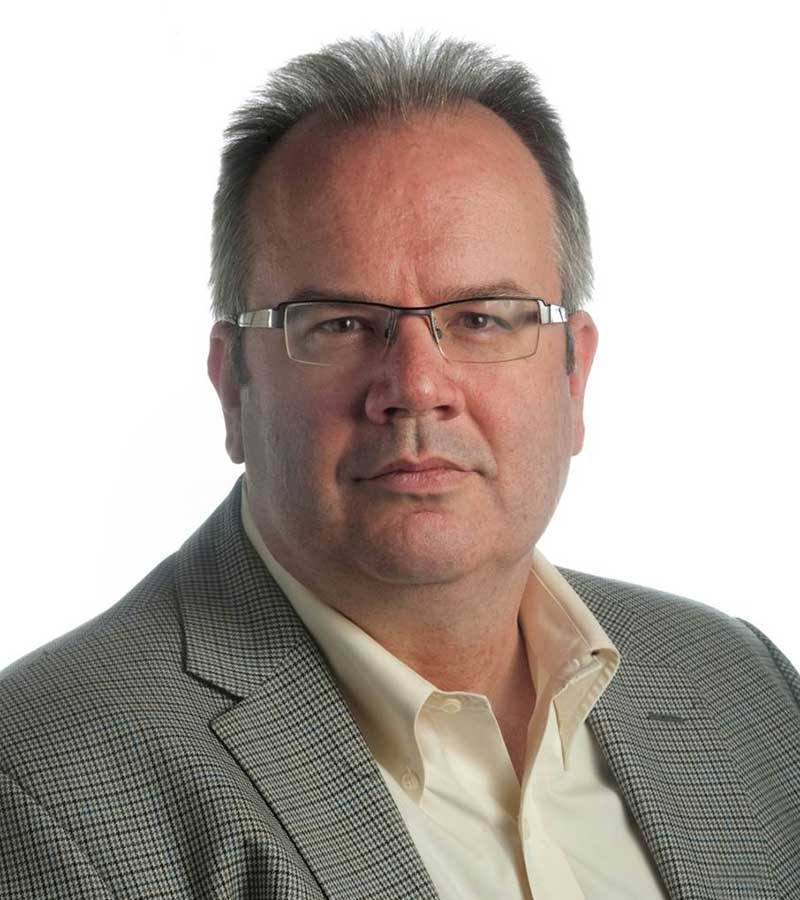 Mark was previously senior vice president of Marketing and Technology for Nalco Champion’s upstream energy business. Before relocating to Texas in 2019, Mark was vice president of oilfield chemical sales for the Eastern Hemisphere and was based in Dubai for 10 years.

Mark has held a variety of sales, marketing and technology leadership roles with Nalco and Nalco Champion. After completing his Ph.D. in 1996, he joined Nalco Exxon Chemical as a research chemist in the U.K.  Mark has also held positions as a decision and risk economist with ConocoPhillips and with HB Fuller as part of their Global MBA leadership develop program.

He received a bachelor’s degree, MBA and doctorate in chemistry from Robert Gordon University.

He has nearly 30 years of experience leading and transforming supply chain operations. Prior to ChampionX, he led the EMEA Supply Chain for specialty chemical producer Axalta Coating Systems. He also held a variety of progressive Supply Chain leadership roles at Syngenta, a leading agricultural science and technology company.

Marc has an MBA from ESSEC & Mannheim Business Schools and a master’s degree in Chemical Engineering from Conservatoire National des Arts & Métiers. 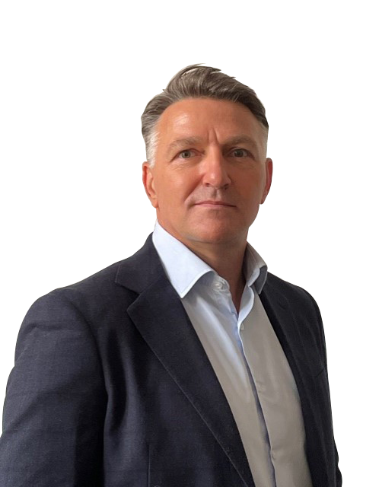 Saurabh, who held his same role previously with Apergy, led the due diligence for Apergy’s acquisition of ChampionX and is co-leading the integration of the two organizations. Prior to joining Apergy in 2019, he held leadership roles in mergers and acquisitions and strategy at Pall Corporation and Kemira. Saurabh also was a management consultant and partner at leading consulting firms, working across the oil and gas, chemicals, and industrial goods sectors.

Alina has more than 25 years of experience in global information technology leadership roles across various industries. She joined Ecolab in 2007 as a vice president of Information Technology and held leadership roles in several business technology areas, including Enterprise Business Applications and Infrastructure Services.

Prior to joining Ecolab, Alina led the Global Infrastructure Services organization and other organizations at Alcatel-Lucent. She held similar positions at Lucent Technologies and AT&T Network Systems. Alina has also held Research and Development, manufacturing and process engineering positions. 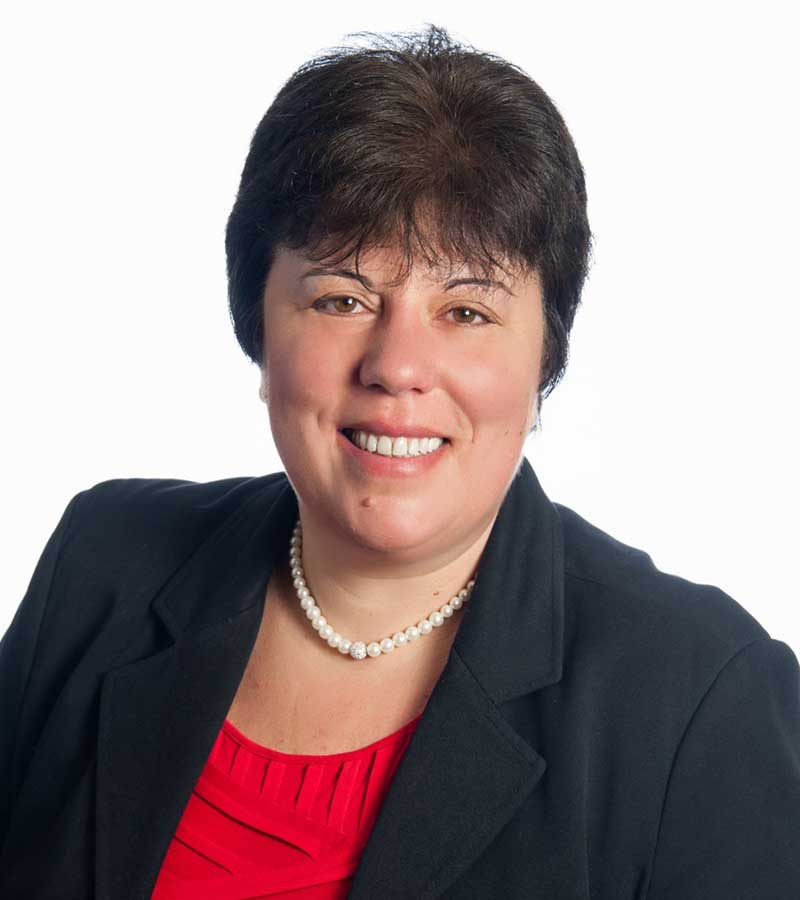 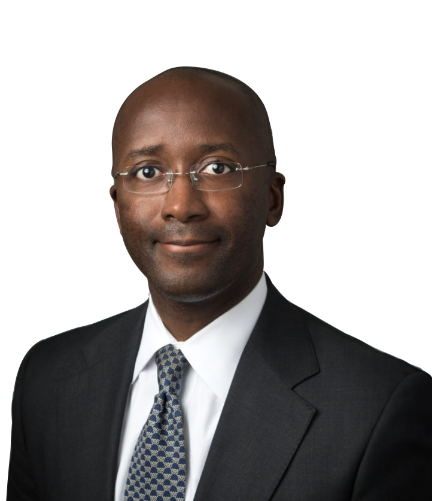 Byron has more than 25 years of experience covering the energy sector. He joined ChampionX in 2020 from Tudor, Pickering, Holt & Co. (TPH). During his time with TPH, he held managing director, co-head of research and head of oilfield service research roles where he analyzed and provided insights about companies across the oil and gas industry value chain. He also was a member of TPH’s leadership council and the management committee of its parent company, Perella Weinberg Partners. Prior to TPH, Byron’s experience included time spent as a portfolio manager and energy analyst at Smith Graham & Company, Davis Hamilton Jackson & Associates, and Tudor Investment Corporation, and as an investment banker at Simmons & Company, International.

Byron earned a bachelor’s degree in economics and managerial studies from Rice University and an MBA from Harvard University.

Julia Wright is senior vice president, general counsel and secretary at ChampionX, positions that she held previously with Apergy.

Prior to joining Apergy, Julia served as vice president and general counsel at Nabors Industries Ltd. She held a variety of position in the Nabors legal department, including interim general counsel, assistant general counsel and senior counsel. Julia also served in senior legal roles at Tesco Corporation. She began her legal career as a corporate attorney at the international law firms Baker & McKenzie LLP and Vinson & Elkins LLP.

She received a bachelor’s degree in liberal arts from Southern Methodist University, a master’s degree in international affairs from Columbia University and a law degree from Fordham Law School. 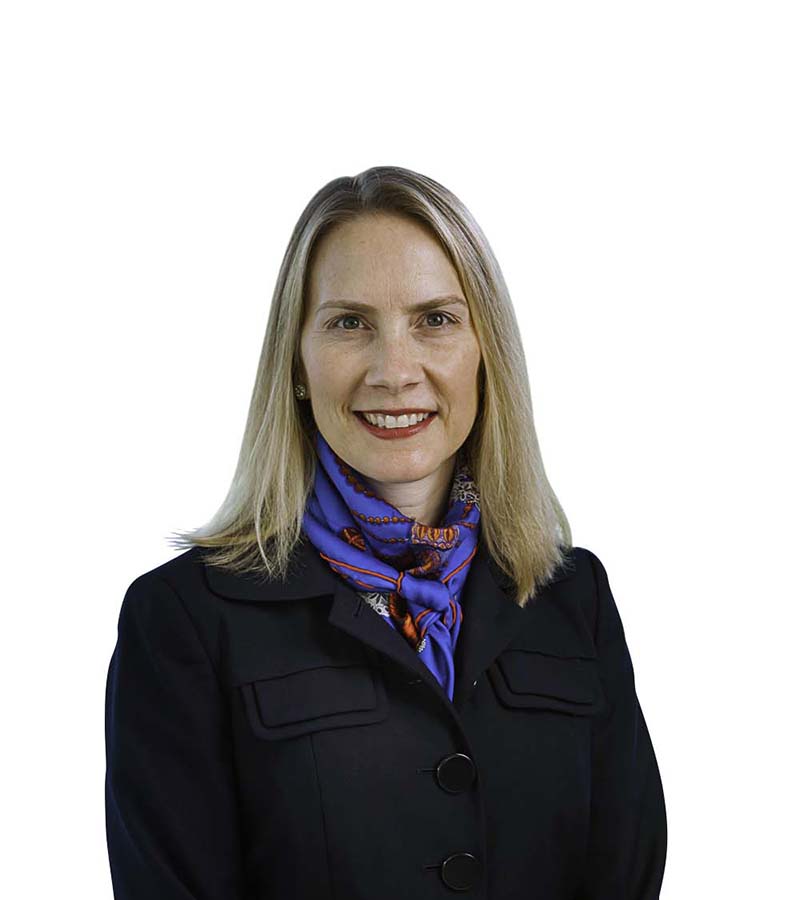 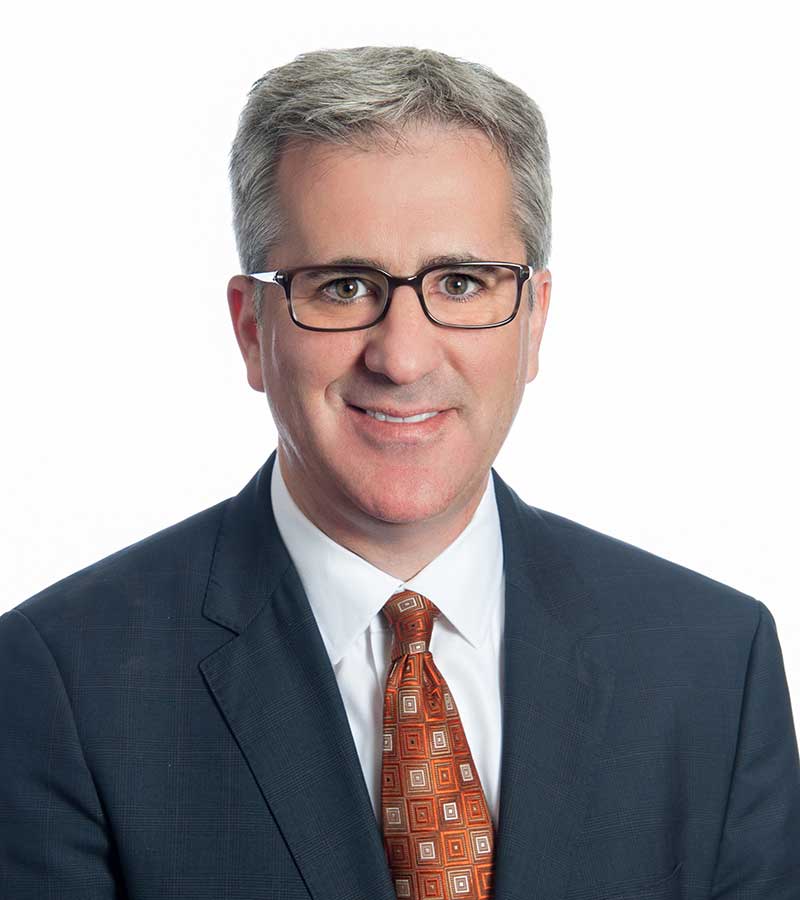 Before joining Ecolab, Jordan spent nearly 14 years at GE, where he served in Human Resources leadership roles in the Oil & Gas, Healthcare, and Supply divisions while based in the U.S., Turkey, Italy, and the U.K.

He received a bachelor’s degree in business administration and a master’s degree in industrial relations (MSIR) from West Virginia University. Jordan serves on the university’s John Chambers College of Business & Economics MSIR Advisory Council and leads an annual practicum with its graduate students.